The Minecraft phantom is a flying hostile mob, preying on those that have gone over three in-game days without a wink of sleep. Their beady green eyes can spot you from very far away, so come prepared.

A Minecraft phantom leaves a trail of puffy grey smoke as it circles idly, which can be observed in creative mode, as it won’t attack. The Minecraft phantom takes extra damage if hit with a sword that’s enchanted with smite, or harmed by the instant health effect. They are, however, immune to poison and invert the effects of instant damage potions.

They attack by swooping down and don’t hover in the same place for too long, which can make it difficult to get a good hit with a bow. A sword is the best way to strike down the phantom, or you can send in your tamed wolf. If all else fails the phantom isn’t a fan of cats, usually staying a 16 block distance from any felines – it will flee if your tamed cat hisses.

Minecraft phantoms spawn in the Overworld at night time, or during a thunderstorm. They will always spawn above you, making it particularly difficult to avoid these malevolent creatures. If you’re suffering from insomnia and have gone three or more days without sleep, expect to hear the hollow cries of a phantom as it masks the sky above you. To make matters worse, phantoms are more likely to spawn the longer you leave a good night’s sleep.

To spawn a phantom, you must be just above sea level, and not have a block overhead that blocks light. The phantom’s light capacity is two, so it must be below this in order for a phantom to spawn in Minecraft. You can expect to hear the screech and flapping of wings of 1-6 phantoms, which will spawn 20-34 blocks above you.

Of course you may want to change the time of day to night otherwise the phantom will spawn on fire like any undead mob in Minecraft.

If you manage to kill a phantom it will drop to the floor, letting you easily loot the rewards. Minecraft phantoms drop valuable items, as well as XP.

In case you’re wondering what Minecraft membranes are used for, you can use them to brew Minecraft potions like the Potion of Slow Falling. This requires a brewing stand, some bottled water, and blaze powder. Minecraft phantom membranes can also be used to repair Broken Elytras. 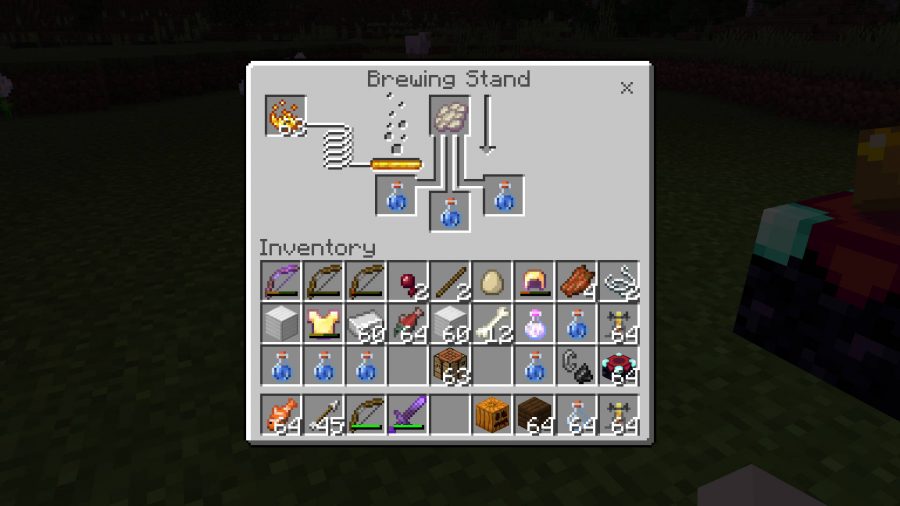 The good news is a Minecraft phantom is an undead Minecraft mob, which means it will burn in sunlight, making daylight a safe time to venture out.

If you need a hand against these troublesome sky demons, there are a number of Minecraft weapons you can concoct to wage war on this marauding monster and other undead hostile mobs, such as the Minecraft wither.